This comic was a submission I made to The Galaxy’s Greatest Comic 2000AD for a Future Shock. If I’m honest the art quality isn’t really there, but I liked the idea of doing a really simple story with no characters and very little dialogue. I guess my idea was that the reader would slide through the story but it would a leave a shadow in their consciousness, if that makes sense (it probably doesn’t). 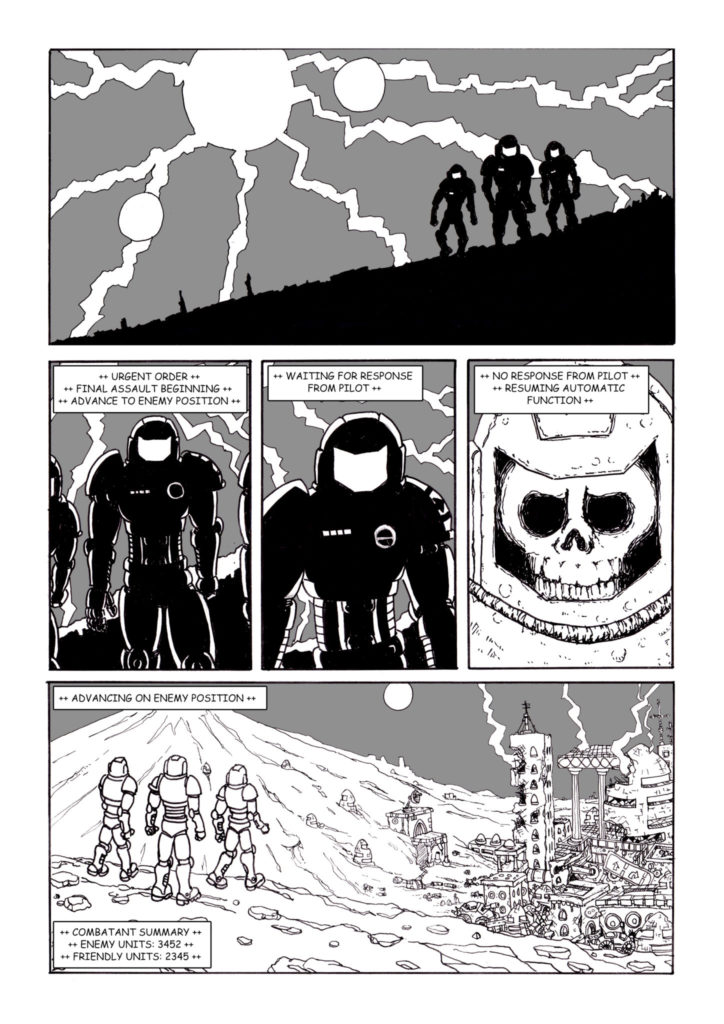 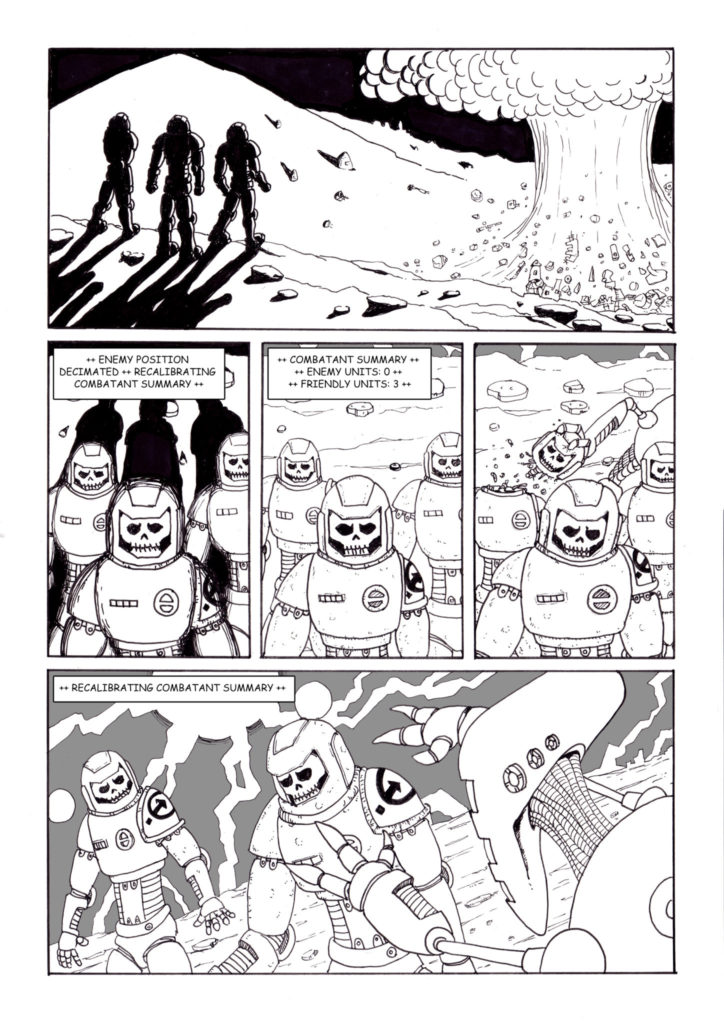 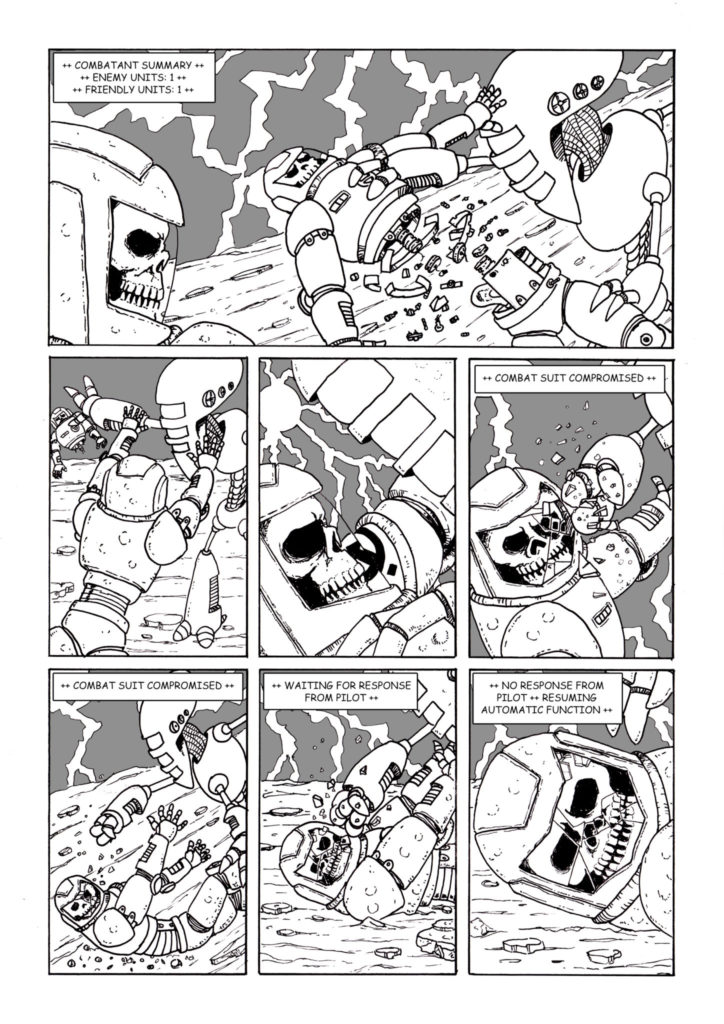 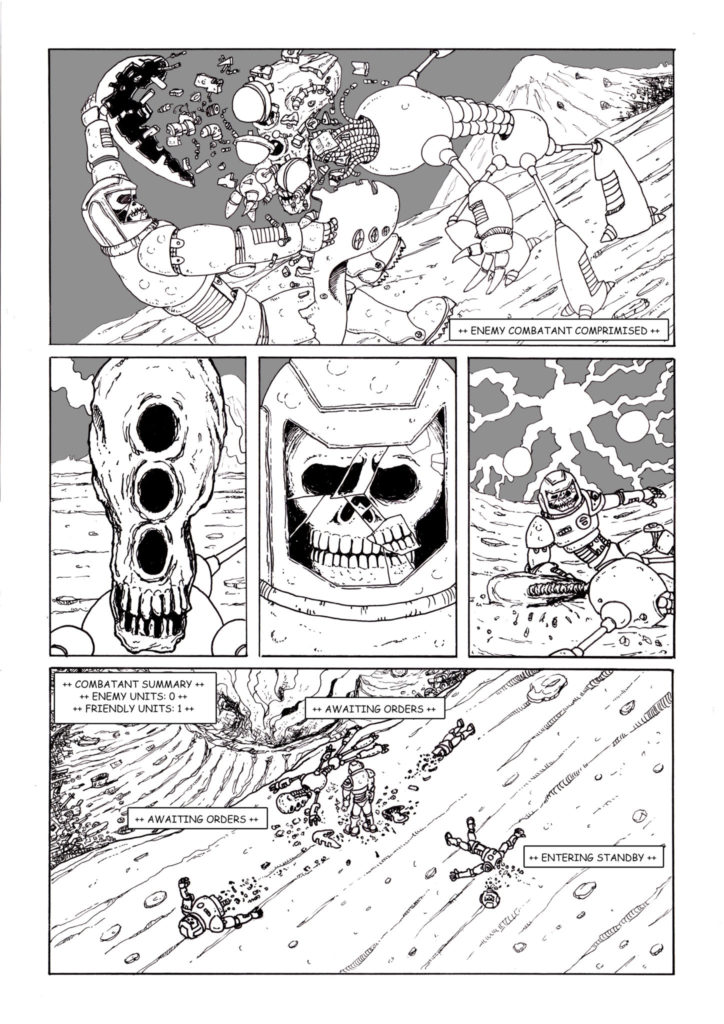