I met a girl / Who wasn’t quite a boy 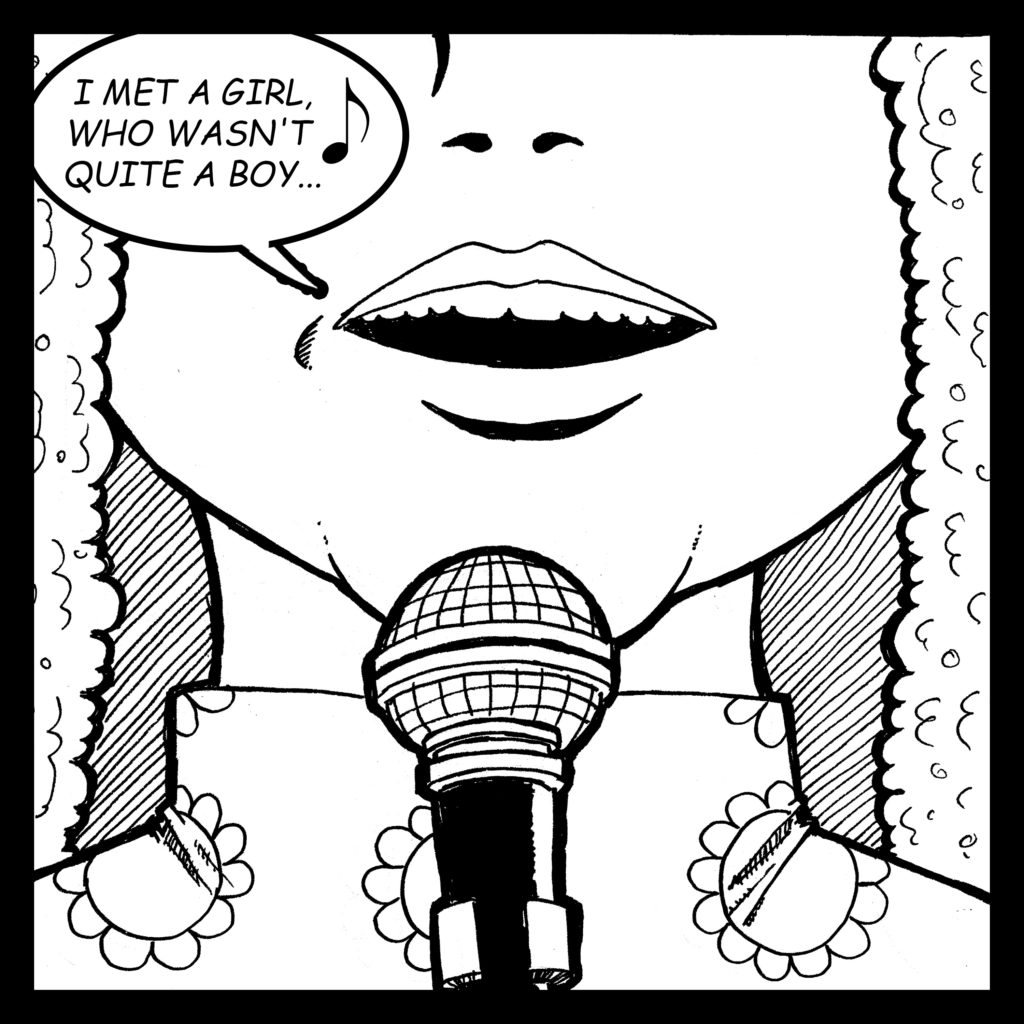 The strip was always going to end with a song. Well, maybe not always but I think from Dacre’s Library onward when I started thinking that the strip should have an actual finite time and therefore an actual ending.

The original song was going to be one called “Og Hates the Wine Bar” about a friend of mine who hated the middle-agedness of going to a wine bar after one opened in his town.

But, in the end, I decided that something more thematically appropriate would be better here. I wanted something to talk about the gender-ambiguity of the characters but not have it too on the nose. So I wrote this song from Reeva’s point of view but she’s also singing in the point of view about the character in the song, which could be a boy or a girl.

WARNING! This site uses cookies and Goolgle Analytics. If you continue to use this site we will assume that you are cognisant of that.Ok